VR Series- VR lets us fight fires without the heat

In the last 10 years the number of firefighters killed in action has doubled. According to the latest figures from the Department for Communities and Local Government there has also been a shocking increase in civilian deaths, nearly 300 people died in fires in England during 2015. This is the largest number of deaths since early 2000 figures. The nation is alight with fury that more is not being done to save lives, and instead of providing more money, time, resources and training expertise, by 2020 the government are proposing to cut West Midlands Fire Service budget by 46%. Something has to be done- Queue Virtual Reality. 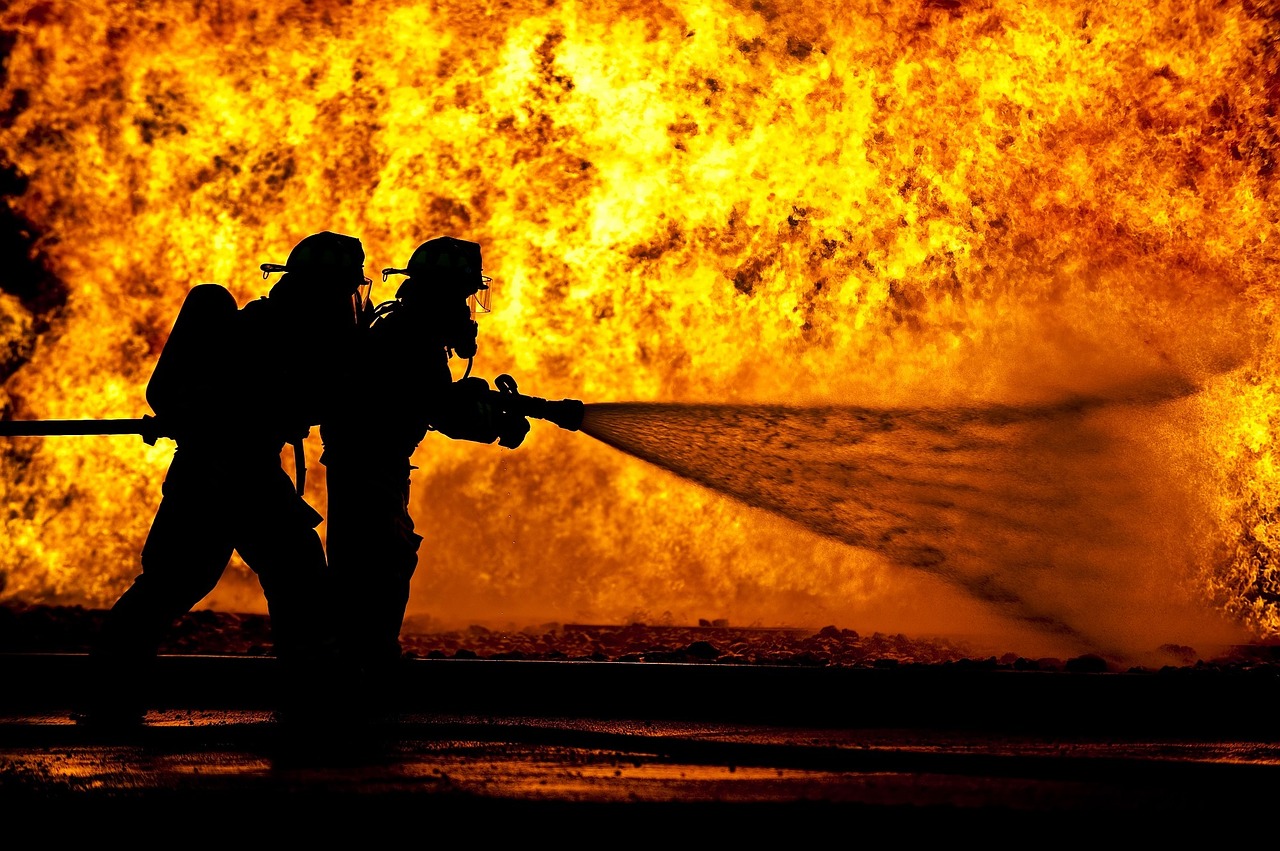 By simulating real life experiences presented in 3D and 360 degree visuals, anyone can be immersed within a specified scenario. Virtual Reality is currently the closest system that exists which enables a person to live an experience, without putting themselves in harm’s way. This could become an invaluable training activity, allowing firemen to prepare for all types of situations. You can create scenarios that place you in the centre of a burning building, with smoke that impairs your vision and and no clear way out. By emulating the sound of a crying baby from the next room, or a person refusing to leave before she rescues her beloved goldfish, firefighters can prepare themselves for all the unpredictable variables of their jobs.

The ability to rehearse operations while being immersed in a realistic environment cuts the downtime needed to carryout jobs and also increases operational efficiency and production. The fears about lost time will be replaced with a system that saves money and reduces injury likelihood, diminishing litigation costs.

The only current draw back to VR is that it is not a shared activity, meaning situations cannot be perfectly replicated. Teams can’t be part of one immersive reality, which in some cases excellently tests the individual and their initiative, but can be an issue. Firefighters need to be united to put out a blaze, they have to work and communicate together. So VR needs to be used in partnership with team building and communication skills to ensure a team considerate of others and equipped to succeed.

Fire safety is not the only hazardous working environment that could benefit from VR training. Something closer to home is the flight risks when you travel. You can’t go to an airport without being reminded of the dangers that accompany flying, but knowing full well that the air hostesses working on your flight are fully equipped and trained is a great reassurance. Emergencies during flights come with a huge number of variables; everyone reacts differently to situations of high stress. Without a replicated training platform you can’t have any assurance that flight attendants will manage the situation suitably, having no real practice. If they are trained with VR in replications of real emergencies, they are going to be more experienced, and a greater benefit to the flight and your own comfort.

The Boeing Company, a worldwide manufacturer of commercial aeroplanes, are using VR to train and prepare their flight attendants for emergencies. This ensures the company that their workers can cope suitably in stressful conditions. 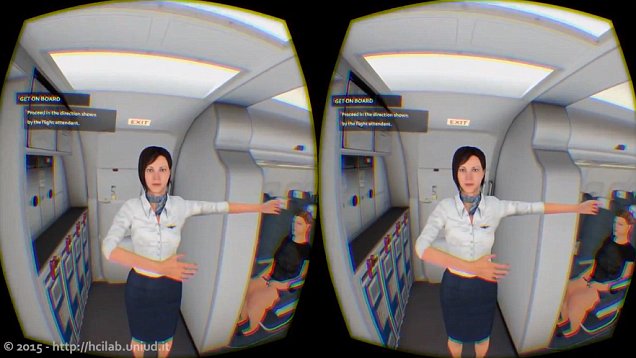 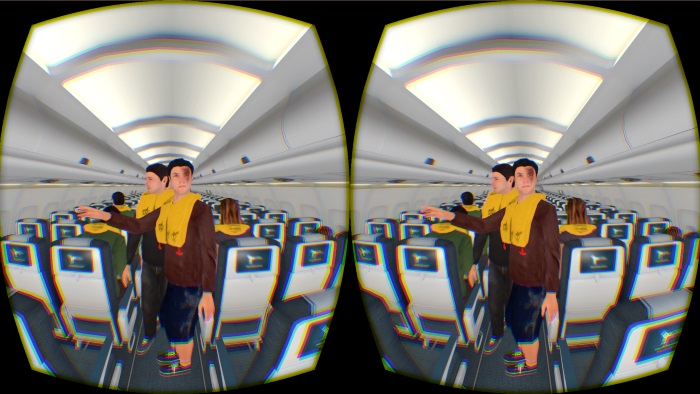 Another group that could benefit from VR training are those who work on oil rigs. If you are working in the middle of the ocean on an oil rig, your job comes with a multitude of hazards that would benefit from training before arrival. Alongside this are flight costs for the journey between homes to an oil rig. This expense could be reduced or even eradicated if you used VR for training. VR can be set up at home or in the office, so those partaking can be immersed in the training without having to travel. By removing mundane training information and instead formatting scenarios on VR, people will become interested and engaged, meaning they retain more information for their job. VR is currently an expensive technology, but compared with higher insurance risks and travel costs, it is a sensible investment.

Miners spending hours buried far beneath the earth need to become accustomed to challenging working conditions. QinetiQ are currently working with Coal Services to build software that imitates the sights and sounds of a real mine. This would be excellent preparation for understanding what their working environment would be like, before going headfirst into a situation which might make them panic, and therefore be a safety risk to themselves and others.

This technology could also become widely available for the general public, whose jobs don’t pose a daily risk to their lives. If they were given an insight into the risks involved in certain jobs, it could become a revolutionary piece of technology for the improvement of public support. For those who work in an office job where the biggest health and safety risk is the stapler on the desk, VR can instead make exhausting and arduous training sessions on work health and safety far more interesting. And with interest comes higher efficiency and retention, not to mention more fun. 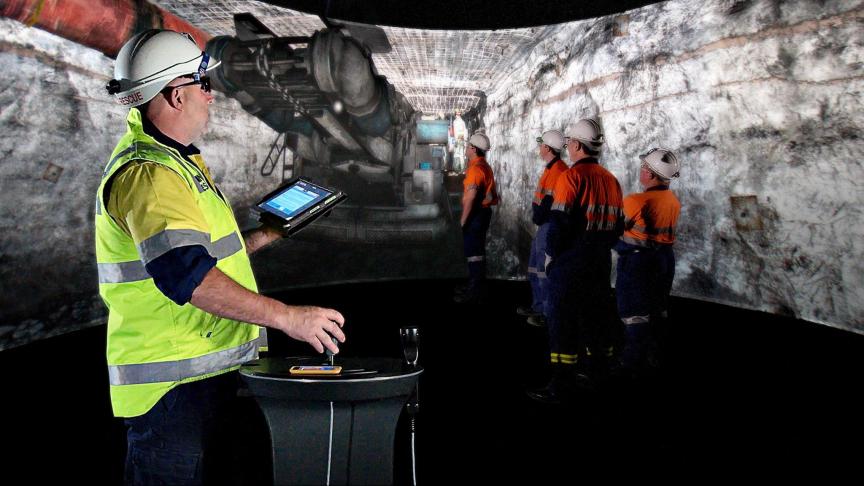 Virtual Reality’s current and expected future success is the driving force behind the business development, using the best technologies to increase engagement and training in the business to business market. The opportunity to become immersed in virtual worlds provides an excellent starting point for the improvement of our most important services.