VR Series- Back to basics with Google's Cardboard

When Virtual Reality publicly arrived on the digital scene in 2014, the world braced for some mind-blowing visual immersion, accompanied with some bank-breaking price tags.

We were only partly correct, the technology platform for fully immersive and interactive 3D worlds is a huge step up from what we have seen before and some set ups could set you back £2000. However, Google Cardboard offered a surprising alternative, a VR experience so affordable that when it was announced we British recoiled in suspicion. It turns out; it is possible to achieve astounding visuals at a reasonable price.

Google Cardboard is suitably named, being structured from a simple cardboard net. The head mount built then homes a smart phone, which relays the visual images through 45mm focal length lenses before your eyes when put up to your face. Unlike other VR devices, the Cardboard is compatible with almost all modern phones.

Initial plans for the Cardboard VR platform were to encourage interest and excitement in the VR industry, even inspiring people to build and develop their own applications. For people interested in their own development, Google has provided a full information kit online, running on two operating systems, iOS and Android.

To date, one of the most successful programmes used with Google Cardboard and alternate head mounts is Expedition. Designed for teachers to give their students an insight into other countries and realities, it educates them on life outside the classroom. The images displayed are 360 degree panoramas which the teachers can control on an iPad monitor, while up to 50 children at a time can see the action in virtual reality viewers. Expedition consists of over 150 different visual spaces, replications of locations from the Great Barrier Reef in Australia to the American museum of Natural History.
But this is not a tool exclusively for kids. 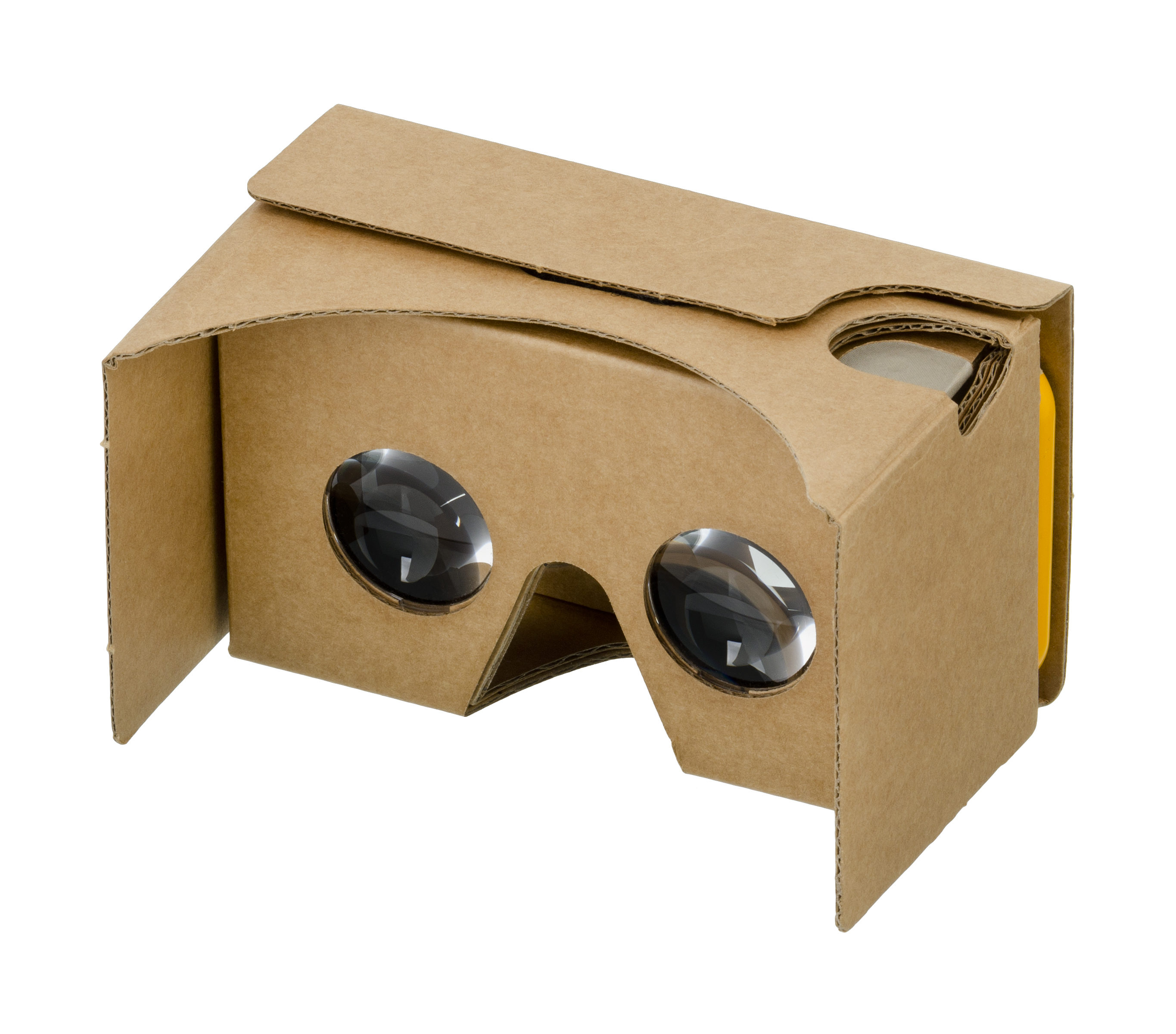 All aspects of business now have the opportunity to use VR. For businesses in the travel industry, Google Cardboard can save hours of time and expensive travel costs, instead viewing different properties all over the globe while remaining in one location. Similarly for estate agents who can spend countless hours taking prospective homeowners to view properties, they could instead view the properties through Google Cardboard viewer without having to travel.

Undeniably the price of Google Cardboard is a big part of its appeal, but its visuals are still excellent. In comparison with the HTC Vive, which is fully immersive and interactive, it is not quite as astonishing. But these 3D images still immerse you within a virtual reality without the need to sell a kidney.