2016 has become the year of mental health awareness. With advances in technology making social media, blogging and vlogging more accessible than ever, the masses have taken to the platforms to share their experiences and opinions. Mental illness is no longer secret, everyone is talking about it and now the pressure is on to find better treatments and support. 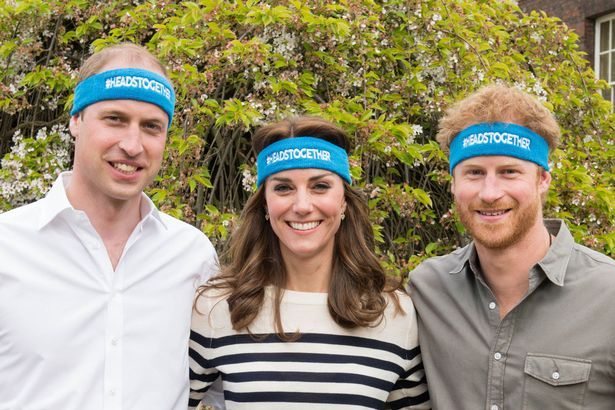 Our own Prince Harry has recently come forward to talk about mental health problems, based on his own experiences following the well-publicised death of his mother, Princess Diana, when he was 12 years old. He recently hosted an event for Heads Together, a mental health charity, where he advocated talking openly the things which affect us. He readily admits he regrets not talking about how the death of his mother affected him.

With this new found awareness comes a stronger push for new treatments to help the one in four of us who will have mental health problems at some point in their lives.

Virtual Reality (VR), a technology which lets users experience replications of real life events and scenarios through a headset, is looking to become a strong tool in the battle against mental illness.

VR has already been used as part of exposure therapy by building simulated environments which enable users to face their fears within the simulated environment, as many times as required. For example, someone with a crippling fear of heights would be able to enter an experience on an aeroplane, having to watch from the window as the ground moves away from them. If their fear becomes too much, all they have to do is remove the headset, take the time they need to recover, and try again. As this system doesn’t actually use an aeroplane, it becomes a far more manageable process. A patient is less likely to try exposure therapy when they know that once they are on the plane, they cannot get off.

A key symptom of schizophrenia is the belief that the people around us intend to harm us. The majority of the time it is a crippling paranoia that can arise unprovoked. It can ruin people’s lives and transform their personality; the delusions that often accompany the problem are difficult to treat. VR tackles the fundamental sense that other people are dangerous, one of the underlying problems to paranoia. By replicating certain scenarios, users can be placed within environments that could otherwise make them uncomfortable, like having to use public transport. By being present for long enough to realise that their concern was unnecessary (because nothing came of the situation they dreaded), it reassures their safety and reminds them that their paranoia is something they have the power to manage.

In an experiment to test the exposure therapy, mental health patients experiencing persecutory delusions tried VR treatment. The Oxford Health NHS Foundation Trust measured the severity of their paranoia before and after the experiment. When the results came through there was considerable improvement, and 8 patients no longer fitted the official classification for persecutory delusions.
Another mental health issue that could potentially be treated by VR is post-traumatic stress disorder (PTSD). Adapting VR software to offer eye movement desensitisation and reprocessing (DMDR), an existing treatment for PTSD, could help improve the current reprocessing system. By building it into a fully immersive experience the user would be tested in an environment close to how we naturally view things. The standard process asks a patient to describe something traumatic or disturbing that has happened to them while simultaneously following a moving object with their eyes. By requiring multitasking, the memory recalled and the concentration involved in directing sight softens the focus on the difficult recollection, potentially making it less vivid and therefore less traumatic.

For a more relaxed approach, the VR game Deep teaches users how to manage their own breathing to reinforce the age-old relaxation technique. The headset connects with a strap worn across the user’s stomach, to measure the length and depth of each breath. By controlling breathing it controls the virtual environment and therefore takes the mind off other things. It is the ideal distraction, using ancient yoga practices without requiring a tight pair of gym leggings. With such an eloquent technique to mediate users, whether they have mental health issues or have just had a stressful day, it exemplifies how Virtual Reality can help us look after our own minds.