Phoebe Barker
360 video is a new form of media which allows users to independently move and rotate video footage through a 360 perspective, which means it can be watched from any angle. It is created with cameras that simultaneously record in 360 degree in any set space. As a result the user manages their own unique viewpoint within the experience, a digital replication of how we turn our heads to naturally view our surroundings.

360 video can be viewed on some desktops and mobiles. On a desktop the 360 video player is controlled by clicking and dragging directly onto the video which moves the image in the direction desired. The alternative viewer platform is on mobile phones, offering two options for movement. With the video open you can physically move the whole phone and your hands in the direction you want to view. Alternatively you can select the screen with your finger and drag in any direction.

With a mobile you can view 360 video using a headset which transforms the footage into a Virtual Reality style immersive experience. Headsets vary in price with a market start point of around £4. Currently one of the most popular headsets on offer is the Google Cardboard, which costs £15. The headset requires a smartphone to display the content and is the most immersive method to view 360 video in.

For those curious as to how this type of video works, it uses multiple cameras to capture the content. The quality of the content is dependent on the number of cameras and the type of camera used.

The stitching is the crucial point to acquiring a good finish. Each section of content is attached together (literally a digital sewing) to turn the individual videos from each camera angle into a seamless, single high resolution video.

Videostitch.com is one of many websites which can be used for stitching. It offers tutorials on how to use the software and provides educational discounts for the VideoStitch studio and Vahana VR live broadcasting. The post-production services range in price depending on the level of quality you want to achieve. The software for VideoStitch Studio costs around $1000.

Currently the most common practice to make 360 videos is to film the entire scene, simultaneously including the background, acting and audio using a 360 camera. Collecting all the footage in one go means it can be edited and stitched straight away, in most cases resulting in a less time-consuming process. An alternative option is to make the 360 video using a greenscreen. The actors are filmed in front of a green screen and then during post production are overlaid onto backgrounds filmed in 360. 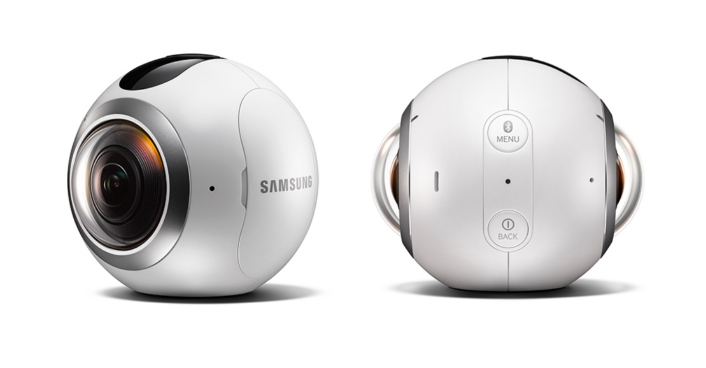 The Gear 360 by Samsung has two 180 degree 15-megapixel cameras and is compatible with the Samsung 6, 7, Note 5 and Windows PC. At £300 it offers 128GB of storage and the stitching can be done by Android or using the provided software Gear 360 Action Director on Windows.

The LG 360 which has two 13-megapixel cameras and 4GB of internal storage, 70 minutes recording time. It costs £170 and offers automatic stitching with the LG app, however when the footage is transferred onto other devices the quality is reduced considerably. 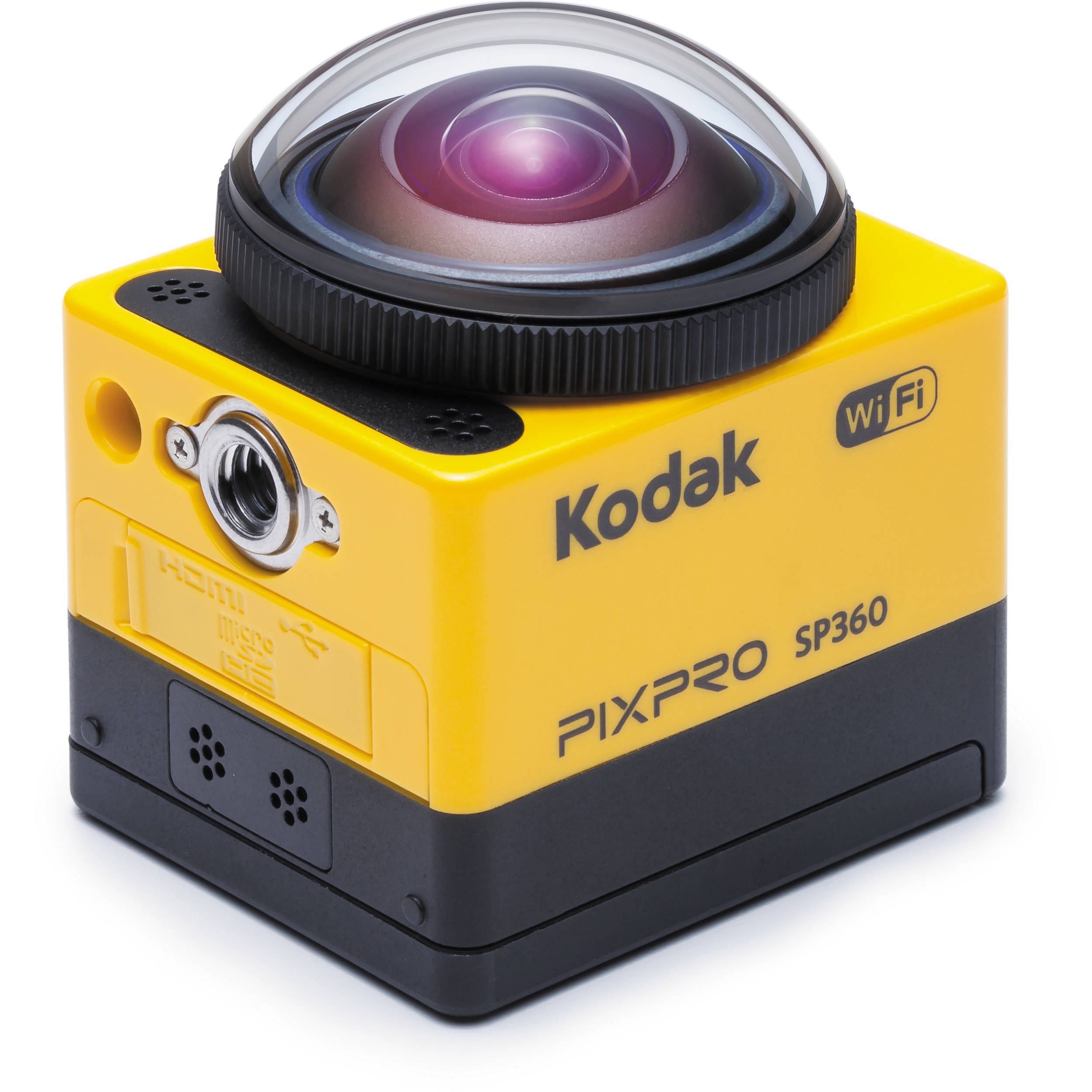 Film masters Kodak have built their own camera PIXPRO SP360 which is capable of recording videos up to 4K with 32GB of storage. With a 360 degree spherical curved lens and HD video capabilities this is a more expensive option, set at around £750 for dual cameras and mount.

However, Kodak also supply easy-stitch software which allows you to make direct changes to the stitching lines to ensure the footage matches exactly. 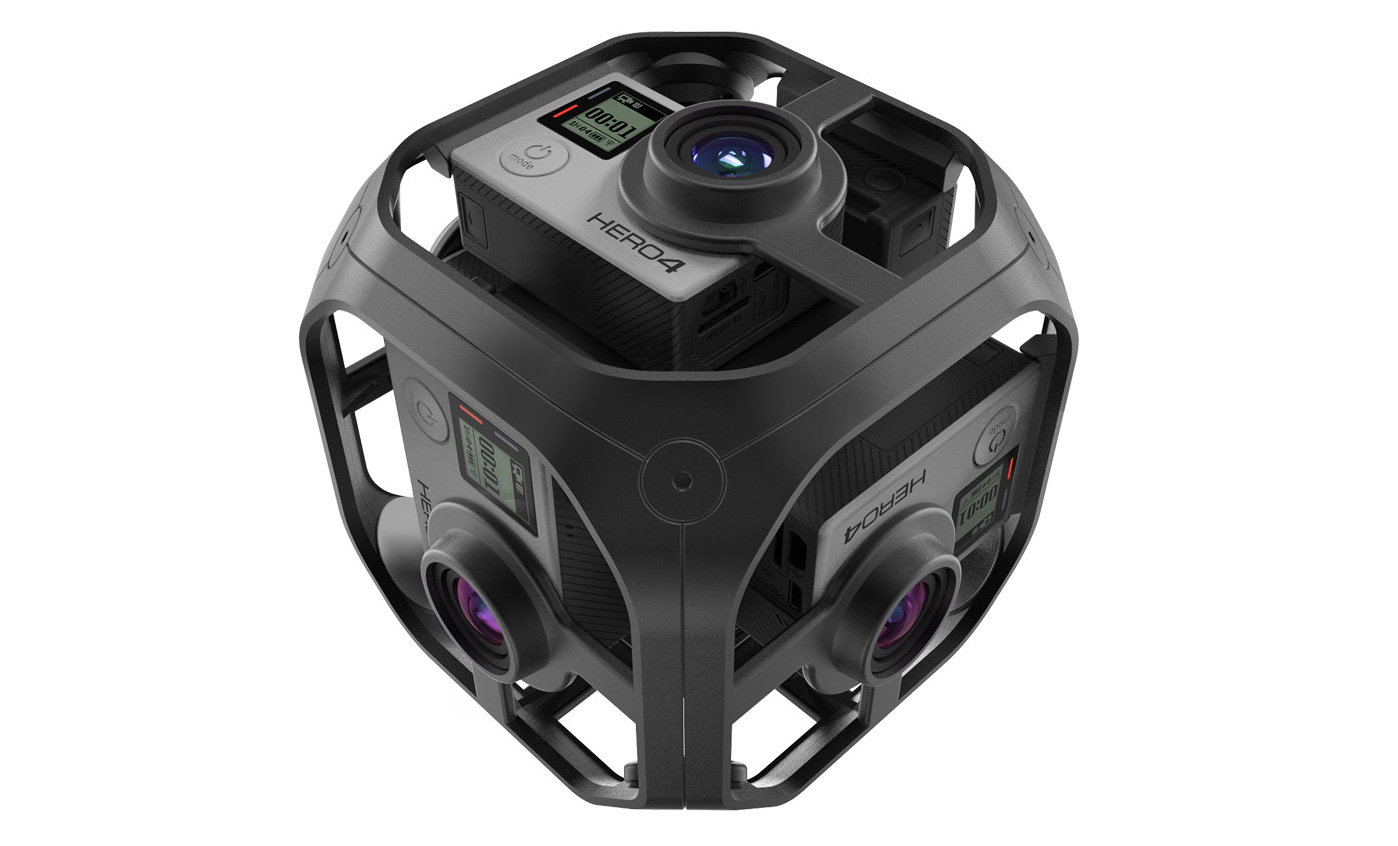 GoPro Omni is the most expensive of the 360 video cameras, but not without good reason. Consisting of a spherical rig holding 6 HERO4 cameras, there is pixel-level camera syncing. Unless you are buying the 6 cameras separately elsewhere, the setup can cost up to £4,500.

Autopano Video Pro is a top of the range stitching software to use when filming on the GoPro. This software allows sound and motion synchronisation, for example a loud clap at the start of the footage will get picked up by the software to synchronise all 6 cameras at once.
360 video / GoPro / Kodak PixPro SP360 / LG 360 / The Gear 360 / Video Enterprise